Pandemics – the origin of the diseases

Dr David Duffy, director of Wildlife Rehabilitation Ireland, and assistant professor at the Whitney Laboratory for Marine Bioscience at the University of Florida, and Dr Jenny Whilde who holds a PhD in Behavioural Ecology from Trinity College Dublin, discuss the accelerating rate of zoonotic diseases and why the blame lies firmly at the feet of humans

What links an Irish emergency department nurse to a poultry and pig farmer, a subsistence hunter and a primate conservation ranger? Not only are each of these people susceptible to being infected by a human pandemic, but they are all part of an interconnected web, from the origin of human pandemics to the frontline workers attempting to combat them. The unfortunate fact is that, human pandemics, like Covid-19, originate in animals, and the rate of occurrence of human pandemics has been accelerating due to some unlikely human activities.  A whopping 70% of new diseases that have emerged in humans since 1990, ultimately originated from wildlife, and, worryingly, the rate of human pandemic-level emergences has been rapidly increasing. There are many recent examples of such epidemics (widespread occurrence) and pandemics (global occurrence): Covid-19, originating in bats, likely with pangolins as an intermediary host, before reaching humans; acquired immunodeficiency syndrome (AIDS), originating in chimpanzees; bird flu, from multiple wild aquatic bird species; swine flu, originating in pigs; severe acute respiratory syndrome (SARS), originating in small mammals, possibly bats; Ebola, originating in bats and other bushmeat; and the list goes on and on. Although originating in animals, the driving force behind these pandemics is human destruction of the natural world, which initiates a chain of events leading to global pandemics. The blame for this increase in human diseases, therefore, lies squarely at our own feet and not those of our animal counterparts. It is no coincidence that, as the human population grows (currently standing at 7.8 billion people, up from 2.5 billion in 1950), our intensive agricultural practices have expanded exponentially and have unrelentingly pushed wildlife populations to the brink. We have forced them onto marginal lands and into increasingly fragmenting habitats, and dramatically reduced the number of wild animals on the planet. The effects of a burgeoning human population on wildlife are also being exacerbated by the ongoing human-induced climate emergency. 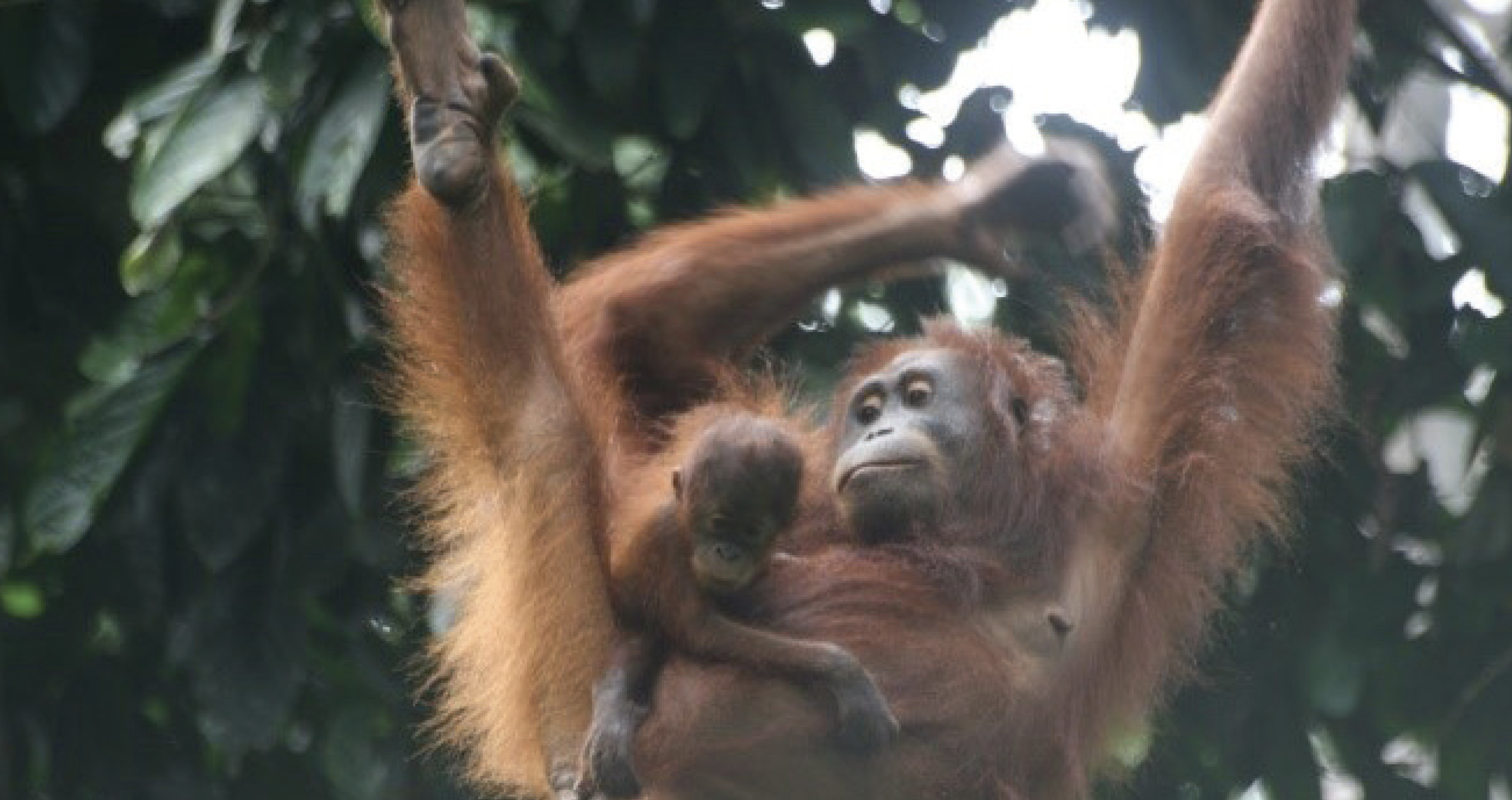 Figure 1: Mother Bornean orangutan and its baby. Conflicts with humans, including clearing of rainforest for palm oil plantations, bring these great apes into close contact with humans, greatly reducing their available habitat and leaving many babies orphaned (mothers are often killed). In normal circumstances, baby orangutans stay with their mother for six to eight years, having an extremely close bond. This means that being orphaned is extremely traumatic for this intelligent species.

Human impact
While species loss is an enormous tragedy in its own right, this is not just a standalone species conservation issue. Aside from serious ecosystem collapse problems, including biodiversity loss, reduced carbon sequestration, lack of pollinator species for our crops, and lack of clean air and water, environmental destruction brews trouble on the health front that even the most human-centric ‘enviro-phobes’ among us cannot readily avoid.

When wild animals are so severely maligned, the remaining animals in the population are weakened, unable to thrive, living on increasingly polluted, sub-optimal land, with limited food availability. This compromises their immune systems, leaving them more vulnerable to pathogens like bacteria and viruses and increases their rate of diseases, including cancers.
Poor creatures, but poor us, too. The increased contact and conflict between weakened wild animals and the human populations squeezing them from all sides means there are now vastly more opportunities for their emboldened pathogens to cross the species barrier and transmit into humans and seed new pandemics. 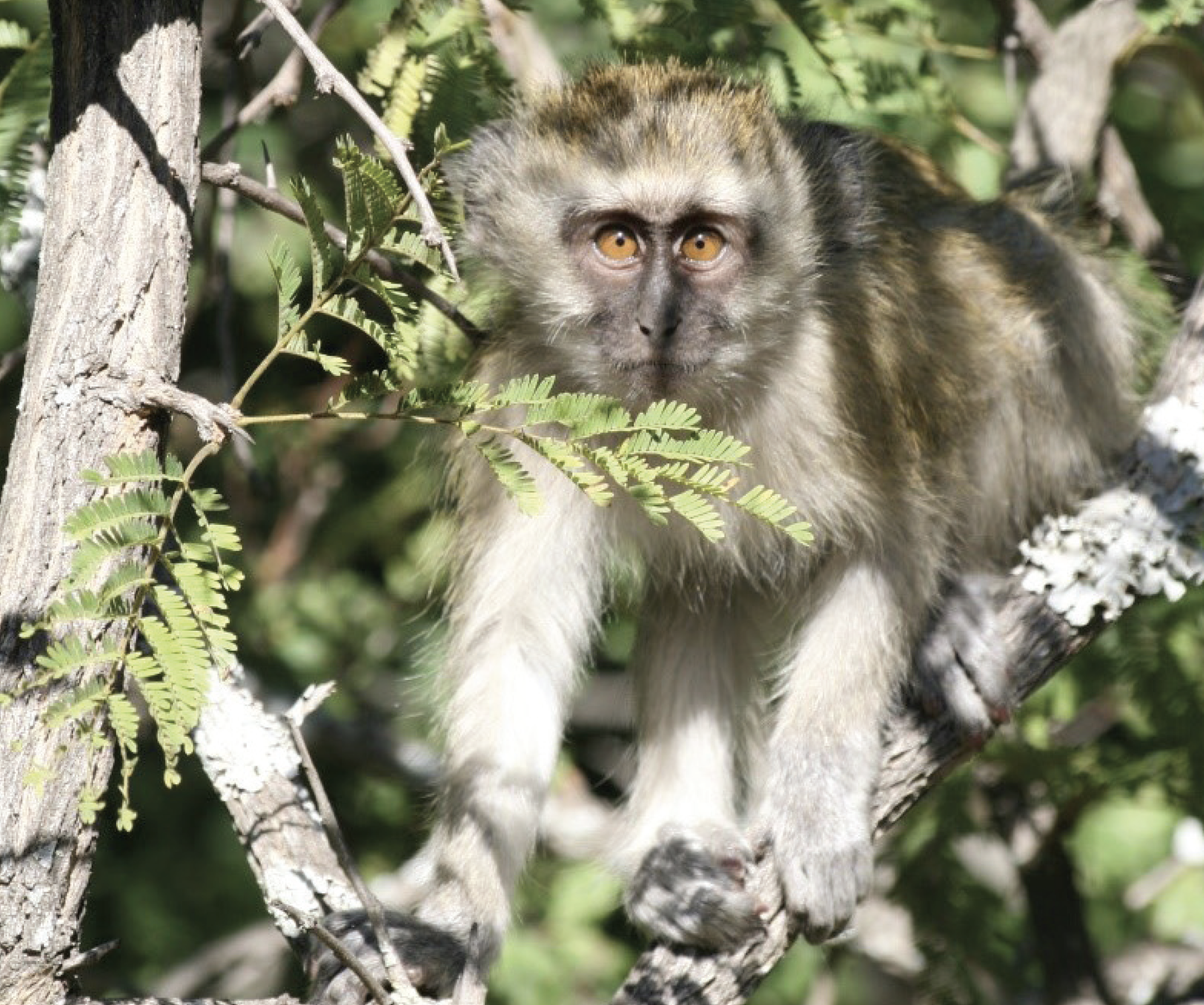 Figure 2: Wild vervet monkey (Chlorocebus pygerythrus) in Loskop Dam Nature Reserve, South Africa. These monkeys can be hunted for their meat, known as bushmeat. The slaughter and human consumption of wildlife can facilitate pathogens crossing the species barrier leading to pandemics. This is particularly true for the consumption of mammal species, as, due to their genetic similarity to humans, it is easier for pathogens to cross from mammals to humans than from more distantly related animals. 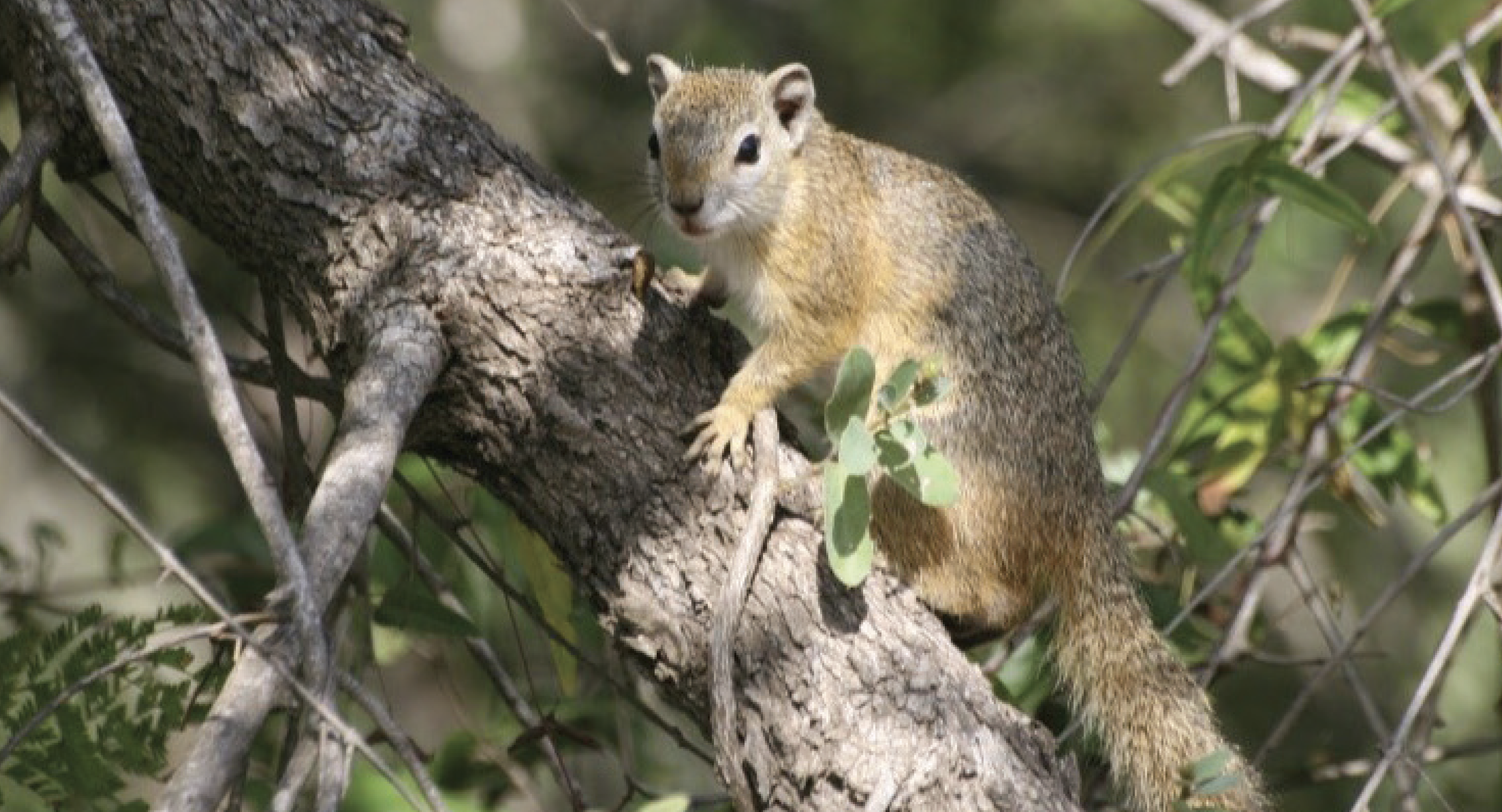 Figure 3: A tree squirrel in Kruger National Park, South Africa. These animals and other small rodents are also hunted for their meat in parts of Africa, facilitating the opportunities for transmission of pathogens from small mammals to humans.

Not only that, but other human activities facilitate zoonotic disease transmission still further. We have unwittingly constructed bridges to facilitate transmission into humans through intensive animal agricultural practices, with ever increasing numbers of farm animals. Right now, there are 23 billion farmed chickens and over a billion cattle on the planet – approximately three chickens for every human at any one time, with 66 billion chickens produced every year. In what is essentially animal monoculture (small numbers of breeds kept at high densities), the limited genetic diversity and extremely close quarters offer an ideal pathogen breeding ground, greatly facilitating the spread of pathogens from wildlife to humans, via our slaughtered and consumed stock animals that act as intermediate hosts.

Looking beyond vaccines
The convergence of threatened wildlife, over-intensification of animal agriculture, human encroachment on wild habitats and increases in the bushmeat trade and poaching have led to accelerating incidences of human pandemics, which show no sign of slowing down. As the world grapples with the Covid-19 pandemic, it will not be enough to only focus on the Herculean tasks of crushing the curve, developing vaccines and reviving economies. Rather, we must look to a green recovery which addresses the underlying causes of pandemics, globally, including here in Ireland. We must make it financially feasible for farmers to return to more biodiversity-friendly, less intensive and more sustainable practices, and look at returning some more marginal land to wildlife. We must continue to diversify our forestry (the vast majority of which is non-native, biodiversity-poor commercial conifer species), decarbonise the economy and encourage marine-protected areas. The urgent necessity of such practices is being recognised by international bodies such as the United Nations (UN), the World Health Organization, European Union and the World Wildlife Fund, and increasingly also by corporations and investors. The UN, in particular, have recently asserted that, while the world is treating the symptoms of the Covid-19 pandemic, we have yet to tackle the cause. To reduce the risk of further pandemics and to properly protect our societies and our frontline workers we not only need to deal with Covid-19, but also return more of our planet back into the care of nature, allowing wilderness and wildlife to thrive, which can only benefit us all.

This article is republished, with modifications from RTÉ Brainstorm. Read the original article: https://www.rte.ie/brainstorm/2020/0702/1150996-pandemics-coronavirus-animals-birds-humans/